United Kingdom’s Involvement with B12 Awareness

Health care professionals, governmental leaders, and the public are banding together to end the global epidemic of undiagnosed B12 deficiency.  We envision the year 2012 as the year B12 Awareness becomes public policy and updated protocols for early diagnosis and treatment are created.  We are hopeful that in 2011, the 2nd edition of Could It Be B12?, along with our continued B12 Awareness campaign and work with other countries will end this epidemic.  We invite all health care professionals, the media, governmental leaders, and the public, to join us in this life saving mission. 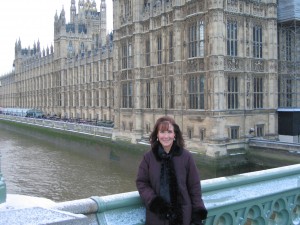 The United Kingdom has become involved and is making tremendous progress.  In 2009, Martyn Hooper, Executive Chairman of the Pernicious Anaemia Society (PAS) of the United Kingdom, joined forces with us and created U.K. B12 Awareness Week in the last week of October. Together with the PAS, we gathered in the House of Commons in London on October 28, 2009, to discuss this issue with Members of Parliament. On May 28, 2010, as a result of the ongoing work of the PAS, the Medical Director of the National Health Service (NHS) in Wales, Dr. Stephen Hunter, became involved and requested a review of vitamin B12 deficiency and its diagnosis and treatment by the National Institute for Health and Clinical Excellence (NICE) in the U.K. Dr. Hunter studied the PAS website forum group, which contains hundreds of testimonials from patients who were misdiagnosed and are receiving improper treatment. We were pleased to learn that the first edition of our book helped to galvanize Dr. Hunter’s resolve to get B12 deficiency reviewed by NICE.  This is a major victory for those who suffer from B12 deficiency.  We hope that NICE will approve the review and create new protocols that will impact patients worldwide.

Also in 2009, we became acquainted with Joseph Chandy, MD, a general practitioner in the U.K. with a registered list of 5,700 patients (four doctors). Little did we know that a seasoned clinician some 3,500 miles away and an ocean apart had been silently fighting the same battle as Sally had for so many years—and had shared the same motivation, passion, dedication, and persecution.  Patients and fate would bring us together. Dr. Chandy has been treating patients with neuropsychiatric symptoms with or without macrocytosis, using B12 replacement, since 1981.  In contrast to the national estimate that pernicious anemia only affects 0.01% of the population, Dr. Chandy finds that 18% of his patient population exhibit symptoms consistent with B12 deficiency, and perhaps more importantly, benefit from B12 therapy.  On two occasions, each for more than 18 months at a time (in 2002 and 2007), B12 treatment was withdrawn from his patients at government insistence, causing untold and sometimes irreversible damage and suffering.

Dr. Chandy and his assistant, Hugo Minney, Ph.D. (himself a B12 deficiency sufferer), are making tremendous changes in the U.K., fighting for their patients by writing letters to Parliament, assisting the PAS, writing academic papers for publication, and assembling evidence for submission to regulatory bodies in the U.K.  Hugo authors the B12 Deficiency Patient Support Group web site (http://www.b12d.org/) which gives valuable first line advice to thousands of people worldwide.

In the U.K., we are beginning to see the fruits of our labor.  On September 25, 2010, Dr. Chandy received the highly prestigious Glory of India Award, honoring his lifetime of service in primary care and his work on vitamin B12 deficiency.  Prime Minister David Cameron invited Dr. Chandy to a reception in Downing Street.  Members of Parliament Priti Patel and Grahame Morris have written to Secretary of State for Health Andrew Lansley requesting that the U.K. government investigate how B12 deficiency impacts patients, the National Health System, and employers.  This is a major victory, and we are hopeful that their investigation will lead to the introduction of a screening program, updated protocols, and on-going research into the diagnosis and treatment of B12 deficiency.