About Sally M. Pacholok, R.N., B.S.N. and Jeffrey J. Stuart, D.O. authors of Could It Be B12? An Epidemic of Misdiagnoses

Sally Pacholok, R.N., B.S.N. has been practicing emergency nursing for 32 years.  She received her bachelor’s degree in nursing from Wayne State University.  Prior to entering the field of nursing, she received an Associate’s Degree of Applied Science with magna cum laude honors.  She was also a licensed Advanced Emergency Medical Technician and worked as a paramedic prior to and during nursing school.  She has worked in healthcare for a total of 40 years, and has cared for thousands of patients.  In addition, she is a Trauma Nursing Core Course provider, an Advanced Cardiac Life Support provider, an Emergency Nurse Pediatric Course provider, and a member of the Emergency Nurses Association.  In 1985, Pacholok diagnosed herself with vitamin B12 deficiency, after her doctors had failed to identify her condition.  As a result, she is passionate about the need to educate the public about the dangerous consequences of this hidden and all-too-common disease.

Jeffrey Stuart, D.O. is board certified in emergency medicine and has been practicing for 26 years.  He received his Bachelor of Arts degree in Health Sciences and Psychology from Kalamazoo College in 1988.  He is certified in Advanced Trauma Life Support, Advanced Cardiac Life Support, and Advanced Pediatric Life Support. Dr. Stuart received his Doctor of Osteopathy degree from the Chicago College of Osteopathic Medicine in 1992.  Dr. Stuart participated in visual brain research at the National Institute of Mental Health in Bethesda, MD in 1987, and was involved in cholesterol metabolism research at the Rockefeller University Hospital in New York City in 1985.  He is a member of the American Osteopathic Association, the American College of Osteopathic Emergency Physicians, the Michigan Osteopathic Association, and the Macomb County Osteopathic Medical Association.

Pacholok educates the public and health care professionals worldwide about B12deficiency, and has appeared in two documentaries. In 2015, film producer Elissa Leonard wrote and directed the movie Sally Pacholok, which is based on Pacholok’s life-long battle to raise awareness about B12 deficiency and the consequences of its misdiagnosis. 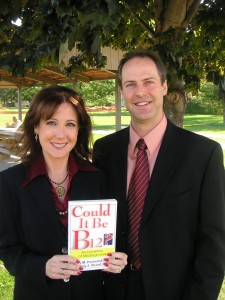